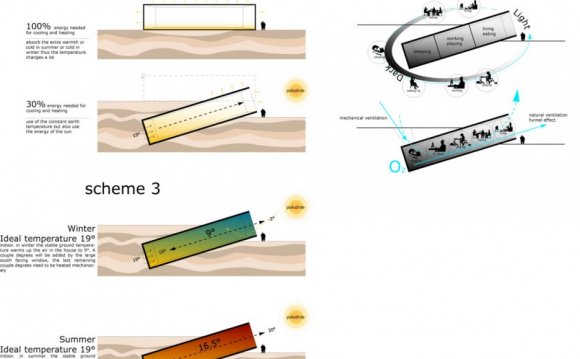 Cornell's undergraduate architecture program is again rated No. 1 in america in “America's Best Architecture and style Schools." Two Cornell graduate programs will also be in the top five.

The undergraduate architecture enter in Cornell's College of Architecture, Art and Planning (AAP) has again been rated No. 1 in america in “America's Best Architecture and style Schools 2015, ” released this month by DesignIntelligence.

Cornell’s M.Arch. professional graduate degree program (which started in 2004 and grew to become accredited in '09) was rated fifth, and also the graduate enter in landscape architecture (within the College of Agriculture and Existence Sciences) wasn't any. 3, ratings they've both received for that third consecutive year.

5-year B.Arch. undergraduate degree program at Cornell held the very best place within the DesignIntelligence ratings from 2005-2007 and 2009-2013, and it was No. 2 within the 2008 and 2014 national survey of architecture schools.

DesignIntelligence interviewed as many as 1, 426 professional practice organizations in four fields: architecture, industrial design, interior planning and landscape architecture. Greater than 3, 840 students in individuals fields also were interviewed on satisfaction using their programs, and academic deans and department chairs reported on programs they most respected.

Additionally to national and regional ratings in the survey research, the DesignIntelligence report includes articles on such subjects as architecture and style careers, critical abilities for twenty-first century designers, and teaching and research in architecture and planning like a foundation for creative practice.

I Believe - Research in the Master of Architecture Program