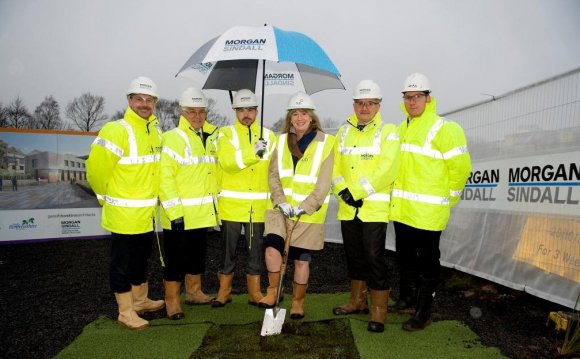 In April 2011 Construction News released their email list of influential tweeters within the United kingdom built atmosphere and received an excellent response. It’s a part of an initiative to assist industry people and organisations understand, embrace and utilise the energy of digital media. PeerIndex was utilized to position Twitter customers depending on how influential they're and we’re thrilled to be among the only real agencies incorporated.

Next within the #tcntop100 series is definitely an make an effort to identify influential tweeters in United kingdom architecture. The ultimate #AJtCn100 list is going to be released within the Architect’s Journal (AJ) and additional information explaining how customers could possibly get involved is going to be available through the AJ (on the internet and in publications) on Thursday the ninth of June.

You will see a 3 week nomination period where one can nominate fellow designers and architectural practices, while using hashtag #AJtCn100, that you simply think ought to be incorporated within this list. You may also nominate yourself obviously! After that their email list is going to be released within the AJ together with an analysis and commentary coming from all individuals involved.

What exactly are your ideas about this new list? Does it promote designers making them be ‘social’? Will it be utilized for a platform to talk about ideas, discuss industry issues and also have interesting debates? Or will tweeters be enticed for doing things exclusively for self-marketing reasons? Leave a remark and tell us.